Anna Kuzminykh is an artist and a human rights activist from Russia, and member of Pussy Riot. Her speech was held in Stockholm on September 27th, 2022, in a secular ceremony to celebrate the yearly opening of the Swedish parliament.

A recording of the speech can be found at the bottom of the page.

I would like to start by saying that I am greatly honored to be speaking to all of you today. It is also a great privilege for me, as a holder of Russian passport, to even be here right now. In all honesty, I have this privilege, not because I have been in opposition to Putin for many years, have a criminal case for antiwar performances, and being on federal wanted list in Russia. Not because I had to go through tortures at the police departments and detention centers, not because my parents had to urgently escape from Russia after police raids, interrogations, and confiscations of all the devices and money. And not even because my younger sister has to always watch her back when going to work, knowing she is being followed. I am not the only one, a lot of people in Russia go through similar things, and the numbers are much, much bigger than you can imagine. However, they are not from Pussy Riot. But I am. And their problem is the fact that they don’t have a loud name behind them.

That is the reason why they are sitting in jails and dying in detention centers, as Sasha Skolichenko did. They are being deprived of citizenship, their mothers are being kidnapped to Chechnya by Kadyrov`s people, and so on. For instance, yesterday, my friends, who are Russian activists with no place to evacuate, had special forces break down their apartment door. One of them, Artem Kamardin, was beaten and raped, by forces putting a dumbbell up his anus. While he was tortured, his girlfriend and his best friend were tortured on the other side of the wall, in the next room. Alexandra Popova was severely beaten and had her hair torn out. And the worst thing, is that situations like these happen to people in Russia every day, but no one knows their names because they are not Alexey Navalny. They will be tortured in jails just because Russian forces enjoy the process, especially, with someone who isn’t well-known or famous.

On the other hand, we got lucky, we are in a wonderful, democratic European country right now – Sweden. We are standing here, in a beautiful hall, with nothing threatening us. We are talking about liberal values, about freedom, about opposition to the War Putin started in Ukraine. However, for some reason, instead of total embargo, some of the European countries choose populistic and even xenophobic decisions, like stop visa issuing for all people in possession of Russian passport. Visiting Europe is a privilege, that is extremely rare within people who are forced to evacuate from their country, having to make a decision, with only a few hours on their hands. When you are at gunpoint, you have no time to apply for a humanitarian visa and wait for a response. Especially, considering the fact that most Russian activists get rejected anyway. Because they don’t have a loud name behind them. Because they are not Pussy Riot.

I believe, every person here, in this hall, stands against separation of people by the color of their passport, or their skin. But nowadays, when countries like Estonia, Finland, Latvia make decisions to allow or not allow a person to enter their country solely based on whether they are Russian or not – we are silent. 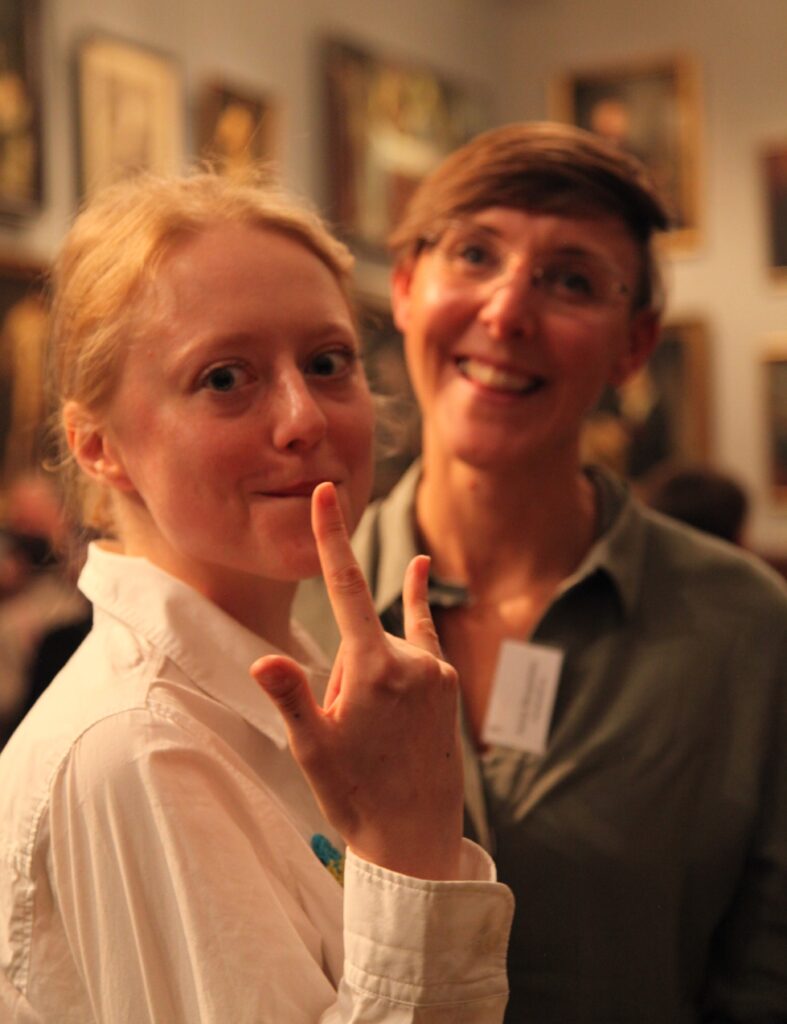 These decisions not only go against the ideology being preached by the European society, but also, help Putin to continue this awful war. The more people become afraid, and the more activists and those, who have the courage to speak up against him in Russia, get imprisoned, the more confident he gets. European leaders, unintentionally, end up helping his regime grow and succeed.

This is possible because the world lets one dictator be in power for 20 years without holding any legitimate elections. They shook hands with him, they bought oil and gas from him, sold him weapons, that are now used to beat people half to death, while protesting on main streets of the country. And those same protestors are now being pushed out of social and professional circles.

The numbers of those, who are like us, who are against war and want to build a new, free society, are much bigger than you can imagine. All these years, we have been fighting for our rights in a country, where not a single court is working properly or fairly. There are almost no justified sentences in Russia, taking up only a 0.3% of the total amount of sentences. We protested under the fear of torture, and we are continuing to do it because we want to do everything in our power to stop the war. We need to be talked to, not being turned away from. Is it fair, that those, who had the misfortune to be born in a country with dictatorship, have the right to freedom, only if their lives are taken away while fighting for it? Shouldn’t the right to live and to speak their mind, be obligated to be given from birth?

I am against “Passport of a good Russian”, which is talked about by Russian citizens who have not been living in Russia for a long time, like Harry Kasparov, Eugene Chichvarkin, and others. I’m against it because it is just one more xenofobic idea that, for some reason, was even seriously discussed in Europe countries, and I don’t understand why.

If we start to use nationalities in such context, we will go into rhetoric, from the very one we suffered in the first place.

There are people, their actions, and legal rights, within which they must be evaluated. War criminals and terrorists, who occupied Russia, 20% of Georgia, Crimea, and then, gaining the entitlement, attacked Ukraine, need to be submitted and judged in the international court immediately.

Total embargo.
Russia will be free.
Glory to Ukraine!